How did we get started ?

After 15 years in the cabinet industry, Owner and CEO, Thierry Pigeot, seized the opportunity in early 2009 to open his own kitchen design boutique, Premium Cuisines, on the outskirts of Paris where he vowed to differ from others. Fully functional, space-planned kitchens, imported from Italy, would include neighboring rooms to create fluid interiors throughout the open concept. Several Premium Kitchen boutiques opened throughout France and eventually, Thierry and his wife Pascale decided to move their operations to the United States. 2018 marks the fifth successful year in South Florida and plans are underway for Palm Beach and Ft Lauderdale. The Paris and Nice location remain in France. 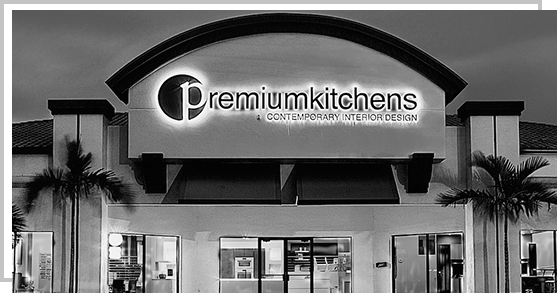 THE AMERICAN SIDE OF THE STORY…

Thierry arrived from France in 2013 and met Stylist Designer Tashia Maitland-Rahl, who was commissioned to design the Boca Raton, Florida Showroom. Upon completion, he asked her to stay on and grow the kitchen business. The idea was to build the international brand based on the Italian attention to detail, topped with French accents, all within the “American Dream Kitchen”. That being said, true international culture and spirit lies amongst all three showrooms. The staff constantly communicate ideas amongst themselves that energize the projects... kitchen skills and technical strengths build and grow daily on both sides of the Atlantic. All together, they have established a true ‘feast for the senses.’

“A reflection of you…”

…the kitchen is the main living space of the family. It should be functional, aesthetic, and ergonomic to optimally fit the ways of its users.

Our mission places equal value on comfort, respect for the surroundings & architectural details, appropriate scale and employing the clients’ vision.